My IQ is Off the Richter Scale

So I've got a new design up at Shop Vorgus.
It's based on the awesome Richter Scale - a scale used for measuring the intensity of earthquakes and other seismic activity. 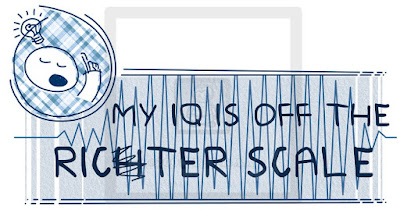 Haven't Got A Clue Part 7

Alright! The Haven't Got A Clue series on Triangle Dude Comics has come to an end! It ended up being 7 parts long and I think it turned out rather well. The whole thing took a bit more time than usual which is understandable since there were actual costumes and more shading and blah blah blah but I'm happy with it all! Start the series here! Triangle Dude Comics "Haven't Got A Clue." There's murder, mystery, and romance!

Get ready for a bunch more comics on their way. They're already in the works! Also, I'm nearing comic #100 Woohoo! Exciting stuff! :P
Posted by Vorgus at 6:47 PM No comments:

Okay, so yeah... it's an old game - but still a great game. I recently started to get back into it again and me and some friends have been getting together and playing it via LAN (also playing Age of Empires 2 - good stuff). Anyways, I opened up the ole' map editor and went to work.

Before I even got into the editor though I quickly made up a little plan for myself in Photoshop. You can see it below. And the whole idea for this map was as time goes on it gets harder and harder to defend your resources. To do this each base can get to a number of possible base locations. Each location can be gotten to by a different number of people and have a different number of entrances/exits. You start in a place with two exits. Each person can get to a possible base location accessable only to them, one that's accessable to two people, and one that's accessable to three people. So basically... as time goes on and you venture out for more minerals you become more susceptable to attacks. But enough talk... here's some pictures. 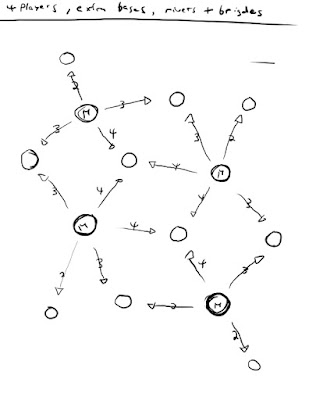 This is the basic initial idea. There's 4 main bases, and the circles are possible other base locations with resources. You can see how certain bases are accessable to more players. 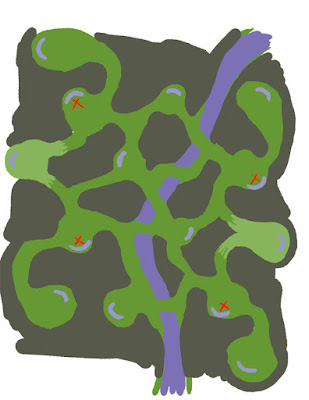 Here's a more detailed layout of the land I made. 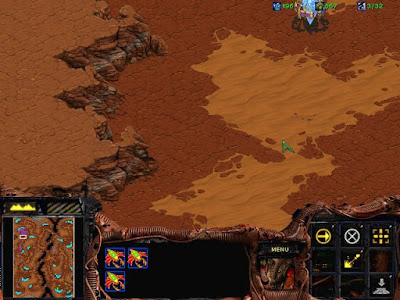 You can see the map in the bottom left in the mini map. Kind of looks like an Ant Hill.. maybe.. yes... no... lol. I was slaughtered in 10 minutes when I took this screenshot by the way... I'm a tad rusty lol.
Posted by Vorgus at 8:27 PM No comments:

I've been at it again... uploading some new models at Turbosquid. They are about a year old, but I thought it would be a good idea to put them up as well! My favorite has got to be the Tugboat :D

The cool thing about the Station Wagon is that it can be a whole bunch of different colors. There's more pictures of it, and everything else up on Turbosquid. Check it out! Vorgus at Turbosquid!

Again... they're pretty simple and the texture maps are pretty low... which means... great for games! lol. 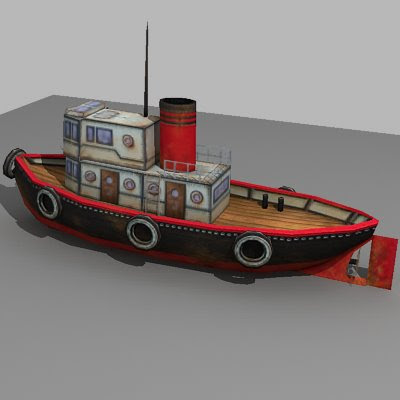 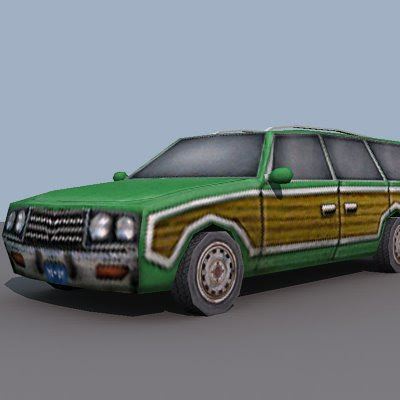 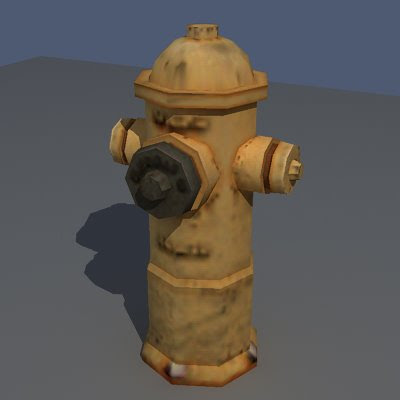 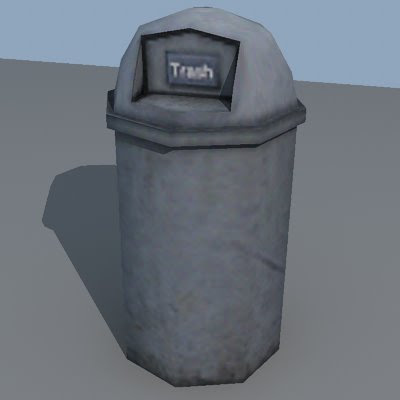 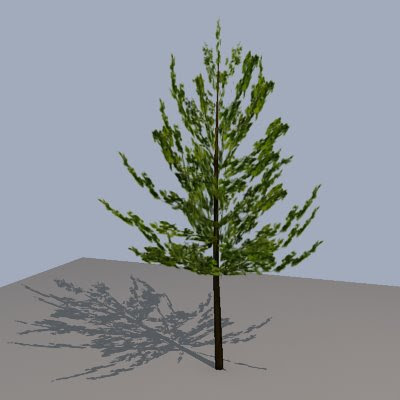 Posted by Vorgus at 7:37 PM No comments:

Well... to my surprise I've actually made some sales on Turbosquid - and that's always exciting! It's a website all about shopping for 3D Models, textures, and the such. Previously the only thing I had up there was my Palm Tree. I've managed to get a few more things up. They all come from the same project which was themed for a jungle escape!

New items up are: Sandbags, a Crate, another Tree, and a whole collection of Jungle Buildings.
My favorite is totally the jungle buildings. They're basically all made up of the same bits and pieces and creating buildings is fun and easy. It's Kind of like lego actually. Anyways, there's a great potential for any number of different building shapes.

Check 'em all out at Turbosquid Vorgus. There's a great deal more pictures up there as well, but I uploaded some below for you to check out too! 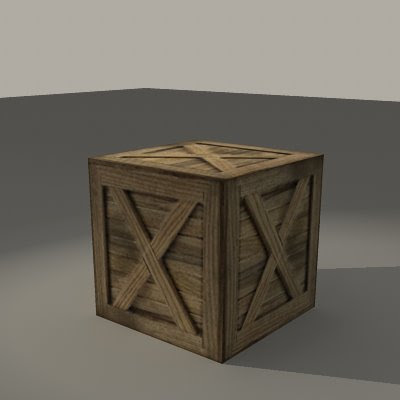 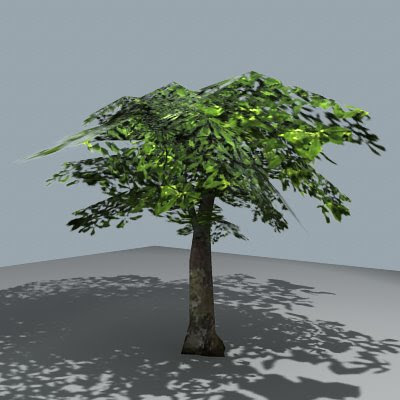 It took me 2 hours to get the shadow on that tree right. One setting in Maya... Shadow Attenuation on the material... gah. Only problem was there's 100's of different options for shadows and Mental Ray and Raytracing and blah blah blah... but I found it... and it's so worth it! 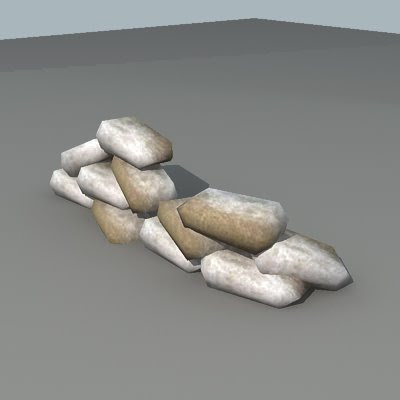 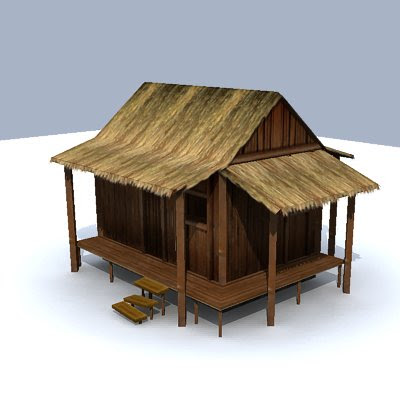 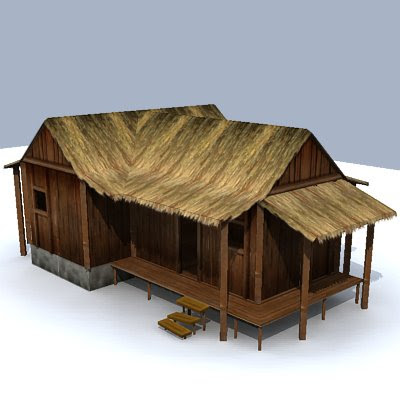 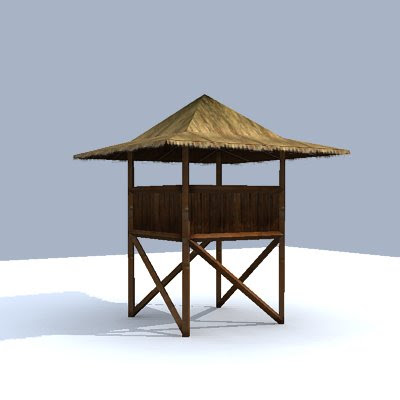 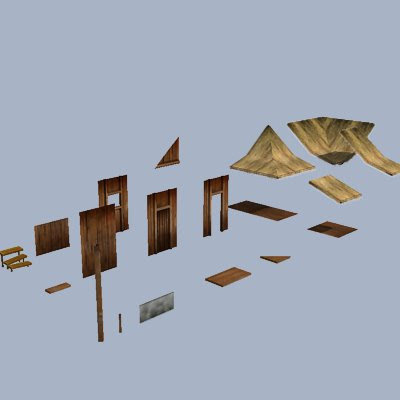 Posted by Vorgus at 8:09 PM No comments:

I've been up to drawing and it's great!

There's some crazy ideas and what have you going on in this head. Here's a few drawings that might be making an appearance in my shop at some point. Otherwise, they'll just look all cool like here.

This first one is G.R.E.A.T.
Which means... Giant Robot Eats A Train. Yes, and I shall be a member of this prestigious acronym! 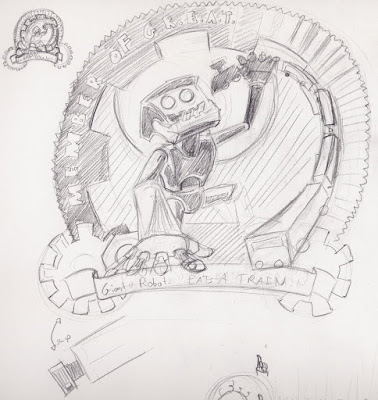 Tentacle Tongue... I'm still not sure if it's this creature's tongue that is a tentacle... or if he's just eating a tentacle and it happens to look like it could be his tongue. Whatever it is, it's probably all slimy and gross. 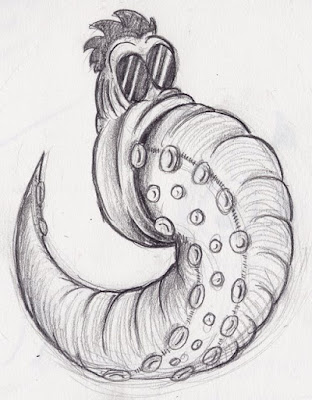 Arrows From My Mouth! BLARGH! I SHOOT ARROWS OUT MY MOUTH! Seems dangerous and hilariously fun. You'd have a good excuse not to look people in the eye when talking to them. 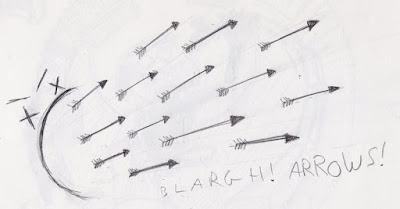 And last but not least is a picture of me fooling around with a couple pictures of me in Photoshop. It took a couple shots to get my upside down head picture right, but it turned pretty good. I did it up pretty fast, but I thought it was pretty sweet so I'd lets yous guys sees its. 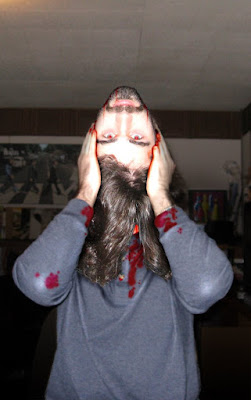 Posted by Vorgus at 7:47 PM No comments:

It's Moon Time... yes, you heard me. If you operate on "moon time" you may or may not experience daily events at an increased or decreased speed. It has something to do with the fact that the gravity on the moon is about 1/6 the Earth's. This means time flies on the moon with a lighter affect of gravity. Is it faster... or slower?

Astronauts seen jumping on the moon tend to experience a slower rate of motion suggesting the decreased speed side of the argument is right. Also, science suggests that with a lower gravity objects will travel a greater distance before coming to a stop due to the gravity and the ground. Objects appear to be suspended for a greater length of time once again backing the slower time theory, but skeptics still remain. You decide...

Also, it's just fun to say "It's Moon Time!" and have people wonder what the heck you're talking about. The new design is up in Shop Vorgus, or check out the design directly at "It's Moon Time." 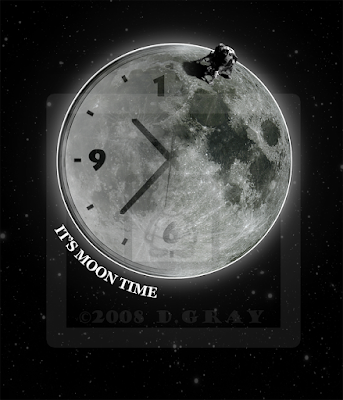 Posted by Vorgus at 7:35 PM No comments:

Haven't Got A Clue

Triangle Dude has a dark secret. So dark he would kill to protect it.... 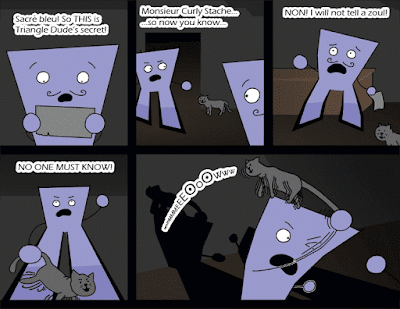 Check it out at Triangle Dude Comics, and catch the rest of it too!

This new multi part comic mini series thing is kind of based on one of those murder mystery episodes... using slightly altered characters from the board game "Clue." I believe it's called "Cluedo" in other parts of the world, but being in North America we had to do something different for some weird reason. It's not like we do this with everything (sarcasm levels have reached a critical level in case you're wondering).

Anyways, enjoy the murder mystery clue themed comics for the next couple weeks!
Posted by Vorgus at 7:25 PM No comments:

I drew! Yes you heard that correct! And I'm not saying my name is "drew" with really bad grammar. I draw. Well... I drew. You get it. I hope.

What exactly did I draw? That is still a little bit sketchy, but I can give you the basic idea - and provide a fancy picture to back it up of course. First of all... it's a skull. The skull itself is slightly off kilter and disfigured, but it still retains its skull like appearance. Thank goodness the human mind can interpret and adapt an image into a pre-defined category - meaning that something similar to a skull still looks like a skull. Now the skull also has... the crazy eyes. Yes, spiral of pure insanity. Something brought about from traveling to hell and back. Perhaps the hat is from hell as well. Do they have gift shops down there? A better question is if this skull could escape from hell in the first place? What if it was released for a darker purpose? Dark! This seems possibly unlikely because its hat is covered in nice, pretty flowers. The hair, what's left of it, also looks very pointy and dangerous... well... here it is! 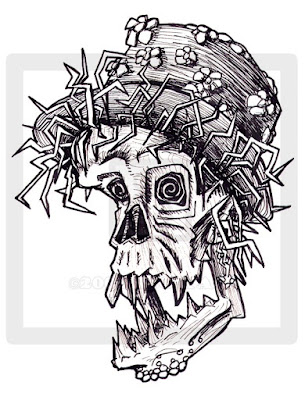 I was kind of thinking about working it into some sort of design for my shop... could yeild some interesting results... I'll see. :D
Posted by Vorgus at 8:58 PM No comments:

I always get the names of the pointy rocks mixed up. The Stalactite and the Stalagmite. The new Triangle Dude Comic "Cave Points" deals with this very issue! Hopefully making this comic will drive the names of those rocks into my head for good (not literally of course).

The Stalactite is the pointy one that HANGS from the CEILING.

The Stalagmite is the pointy one that GROWS from the GROUND.

They form from water dripping down. A stalactite will grow on the ceiling and underneath it a stalagmite will start to form. Eventually the two actually can meet and form a column! The fusing of two pointing rocks! I don't think the actual event is all the exciting though - neat to know though. The exact process and such can, of course, be found on the almighty Wikipedia.
Posted by Vorgus at 8:50 PM No comments:

The Other Pill - Poster

It's been a little while. 1 part lazy and 2 parts no time by me, but I'm back! Triangle Dude Comics is picking up a little steam and I've added a downloads section to the menu. Currently there is only one download - a desktop wallpaper. The wallpaper features the last frame of the comic "The Other Pill," which is about Morpheus taking a different kind of pill. That same wallpaper has been made into a poster on Shop Vorgus. Check out "The Other Pill" Poster.

Now as I said there's currently only one wallpaper in the new download section of Triangle Dude Comics, but this new section opens the door to more possible wallpapers and "what-have-you" in the future. Check out the Triangle Dude Downloads section.
Posted by Vorgus at 8:41 PM No comments: