Yes. I live. It's been while. Busy times and other projects have resulted in 0 Triangle Dude Comics. Some are in the works, but it moves slow, and this cold is not helping. However! I figured I would present one of the other projects that I've been working on.

I present: Anatomy of a Snake Bite! 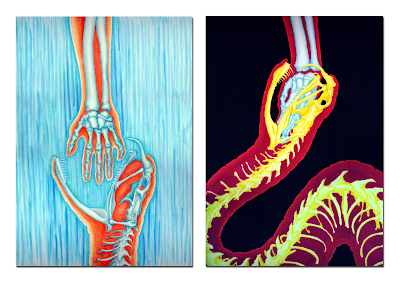 This two-pane picture reveals the skeleton of both a human hand and a snake - before and after a big bite! The pictures were first sketched. By placing the sketch beneath some bleed-proof special copic marker paper I was able to trace over and color the sketch on the top layer. It was enjoyable piece to make requiring me to look at various snake skeletons. The twisting spine was the most difficult part. The left pane depicts the hand before being bitten - vertical lines serve to deliver a sense of motion as the snake strikes. On the right, the static, high contrast black background depicts a powerful moment frozen in time.

Here's some larger pictures of each pane. 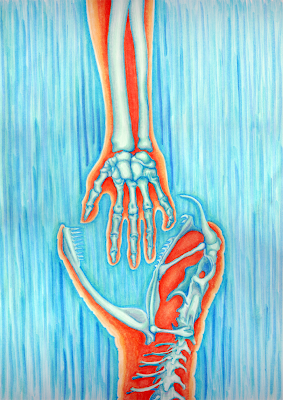 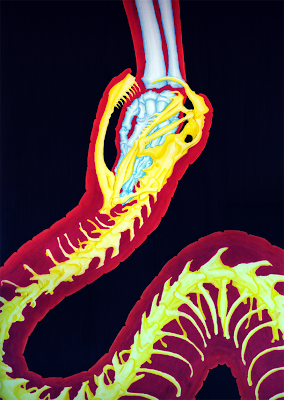 Posted by Vorgus at 8:48 PM No comments: