Triangle Dude Comics has a new home! Same website, tdcomics.com, but now it's hosted on Blogger. It looks nice and new, while also looking pretty much the exact same. However, now it's free to host! So that's the big change for me. It has everything from the old site, sans the downloadable desktop wallpapers. If that's something people really want me to bring back then I'll do it, but for now they are gone.

That's it! Just a quick update. Hope everyone enjoys the new site :)
Posted by Vorgus at 9:14 PM No comments:

That's right! The board game I've been been working on, for longer than I'd like to admit, is finally a thing that actually exists. It's printed. It's playable. It's available for purchase! It's a real thing.

Here's a quick blurb about the game:

A lost civilization known only as Superbia has been discovered in uncharted territory. Ancient and valuable tank part artifacts have been uncovered. Now, military organizations around the world have pledged to fund expeditions for the retrieval of these artifacts.

Players give their tank commands to progress through the expedition. Shoot opponents to set back their advances, research locations to find powerful new tank part artifacts, and move all the way to the end to win! Develop a strategy utilizing a wide array of artifacts to complete the expedition and become the ultimate tank commander.

One, as I mentioned, this took a lot longer than I thought it would. The game went through various revisions and one huge revision where half the game completely changed. The gameplay should have been hammered out first and foremost before I started creating art for the project. Luckily, I was able to reuse most of the art throughout the various revisions, but there were definitely some things cut that I had spent lots of time on.

Two, I think I've learned how long I can work on something until I start getting tired with it. Not to bash the game itself, but the process of creating the game was becoming a grueling slog. I was ready to be done with it a long time ago. The broken gameplay and subsequent huge revision to the game was a swift kick to moral, but I'm glad I stuck through it despite wanting to give up.

And three, I'm really grateful that my friends helped test the game out - especially one long night where it became clear the game was nigh unwinnable. I really appreciate the critiques and ideas from my friends and wife. Also, how awesome is it that there is a print-on-demand board game store? I'm glad to live in an age where something like The Game Crafter exists.

Well, thanks for reading, and if you ever get a chance to play Superbia's Tank I hope you have a fun, good time and thanks for trying it!

Posted by Vorgus at 1:17 AM No comments:

I have to thank YouTube's autoplay for leading me to this band. Every so often the autoplay leads me down a new path of music listening while I do whatever sort of work I'm doing on the computer. Eventually, while wading through some pleasant music, I'll be piqued by a certain song - I have to check them out. I pop back into the browser and click to the YouTube tab. The Dø is what I found that day.

I've really enjoyed their music so far and am excited to share! So if you care to listen here's a of couple songs from them I've been listening to recently.

I recently completed a course on pixel art from Udemy, and though it was short I really enjoyed it. The instructor, Benjamin Anderson, went through some art basics and related them to pixel art. Things like shape, line, value, and colour. He introduces the free web based software Piskel which is easy and fun to use. Here are some of the exercises I did for this early section. 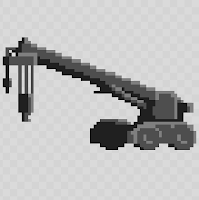 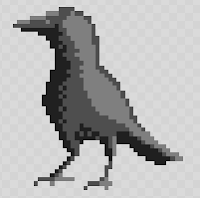 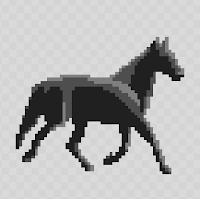 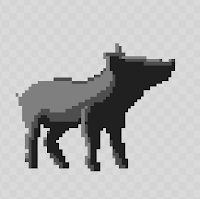 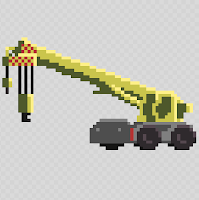 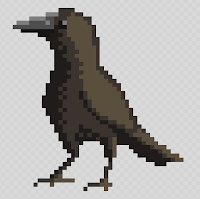 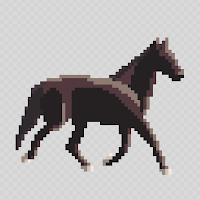 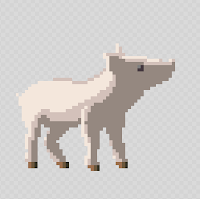 The course then includes some animation. We start in Piskel, but end in Aseprite which has a lot of extra features that help with animating your pixel art. It's free if you know how to compile it, or you can buy it off their website for about $20 Canadian. I'm not familiar with all the program's features, but the course does teach the basics of setting up a new animation and how to work with the key frames and colours to create your project. For the final assignment we had to google some animation key frames and base our animation off of that. Here's what I did!

I really enjoyed the course, the instructor was great and knew what he was talking about. There were a lot of little tips and tricks you might not be able to learn on your own. It was great to just get exposed to a couple of nice pixel editing software and I had a lot of fun.

Here's another animation I did in Piskel of some old turtle-man running! He's silly!

Next I'm planning to do another course from the same instructor and finally start learning GameMaker!
Posted by Vorgus at 8:47 PM No comments:

Hey everyone! I've got a bit of an update on the board game I've been working on. Superbia's Tank is still tankin' along - bit by bit. A lot of the artwork, which you'll see some of in a moment below, is mostly done. It's been a lot of work, but also a blast to create these really creative, wacky parts for each player's constantly transforming tank. Each tank is made up of three parts which are the treads, the frame, and the turret. As player's move around and explore the island of Superbia they'll discover cards with all manner of tank parts and other suprises.

The artwork, as I said, is mostly complete (as far as I can tell!). Gameplay, however, needs to be a little more thoroughly tested. I have tested the mechanics myself and managed to test the game with a group as well. More testing will be needed though. I want to make sure that at the end of the day the game doesn't have any odd hiccups or broken rules and that above all it is fun! Usually it's important to get the gameplay nailed down before doing a lot of the art, but I found people were not as interested in testing a game if they didn't have anything visually interesting to attach to. Risky move - we'll see how it pans out.

Anyway, now for the good stuff!


Artifacts: The island of Superbia is littered with old and powerful tank parts called artifacts.

Events: Exploring the island of Superbia can be tricky business. As players move across the map they'll draw event cards that could test a players strength, or they may find a helpful item for later.

I'll try to keep this blog updated with any other large milestones! Currently, I'm working on the manual and the box, but I can't complete the manual until there has been more testing. See ya!

Posted by Vorgus at 3:38 PM No comments: