Jenga is one heck of an intense game. I remember Jenga being fun, and then not playing again for over a decade. It's one of my girlfriend's favourite games however and she picked it up over the holiday season. Oh snap. I forgot just how great of a party game or just even a 2 or 3 player game it can be. The daring moves are my favourite to pull off - the ones that leave other players shaking their heads at how unstable the tower is. Here's a picture of one of our towers a few moves before it was toppled. It's big on top, tiny on the bottom.


Once you get into the game and it's gone around a few times you start to feel the pressure. Whoever completes a move is suddenly relieved again, but as the turns go around the table and it gets closer to being their turn again the pressure starts to build! Then you got to find some piece to move which seems impossible now! There are a lot of oOOooOOHs! and ooOOoOo's!

While curiously browsing the game section of Kickstarter the other day I came across something that got me all in an excited whirl! I had discovered... Pixel Tactics. It's like they combined some of my favourite games, and a game I've always wanted to make, into an impressively fun looking 2-player card game. The Kickstarter is now over, but I think they are still taking pledges on their own page.


Ogre Battle 64 is one of my all time favourite games. Pixel Tactics is reminiscent of organizing all my ogre battle characters into little groups ready for battle. The position of the units would make a difference as well and that mechanic seems to be a part of Pixel Tactics too. Something I always wished for and thought would be cool as a kid playing Ogre Battle 64 was the idea of playing multiplayer with someone. Pixel Tactics will let me battle with a friend in a smaller scale of what I always wanted to do!

I wonder if it would be possible to set up some sort of battlefield of my own and have a large scale battle and use Pixel Tactics to facilitate the battle sequences when me and my opponent's units met on the battlefield. One can dream!

Hands are hard. Not real hands - they're kind of fleshy and squishy. The insides are hard though, but that's not what I'm talking about! Drawing hands can be hard.

I'm still working through the Michael Hampton Figure Drawing book and am currently on... hands. One of my least favourite aspects. I still dread drawing them, but I think all the practice here and there these past couple of years is really helping! 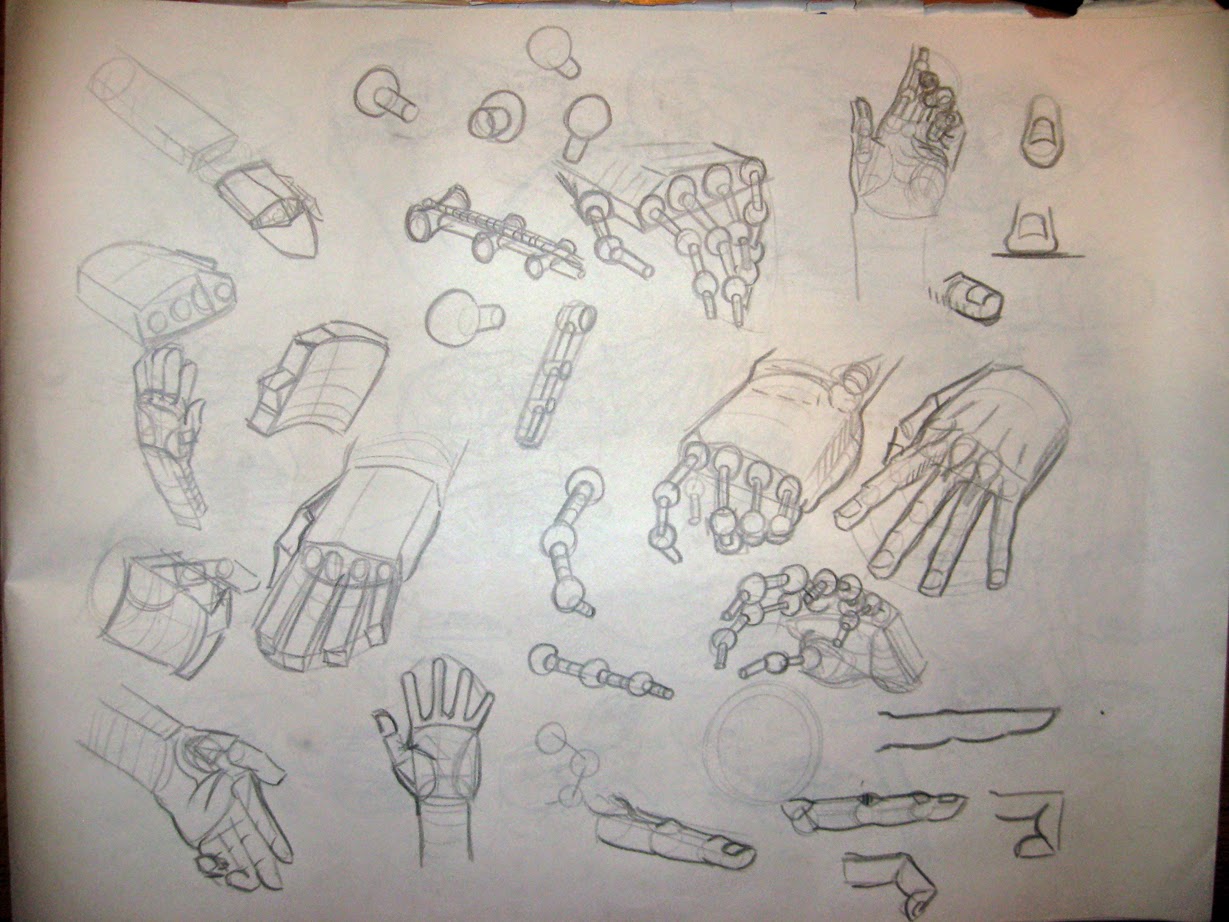 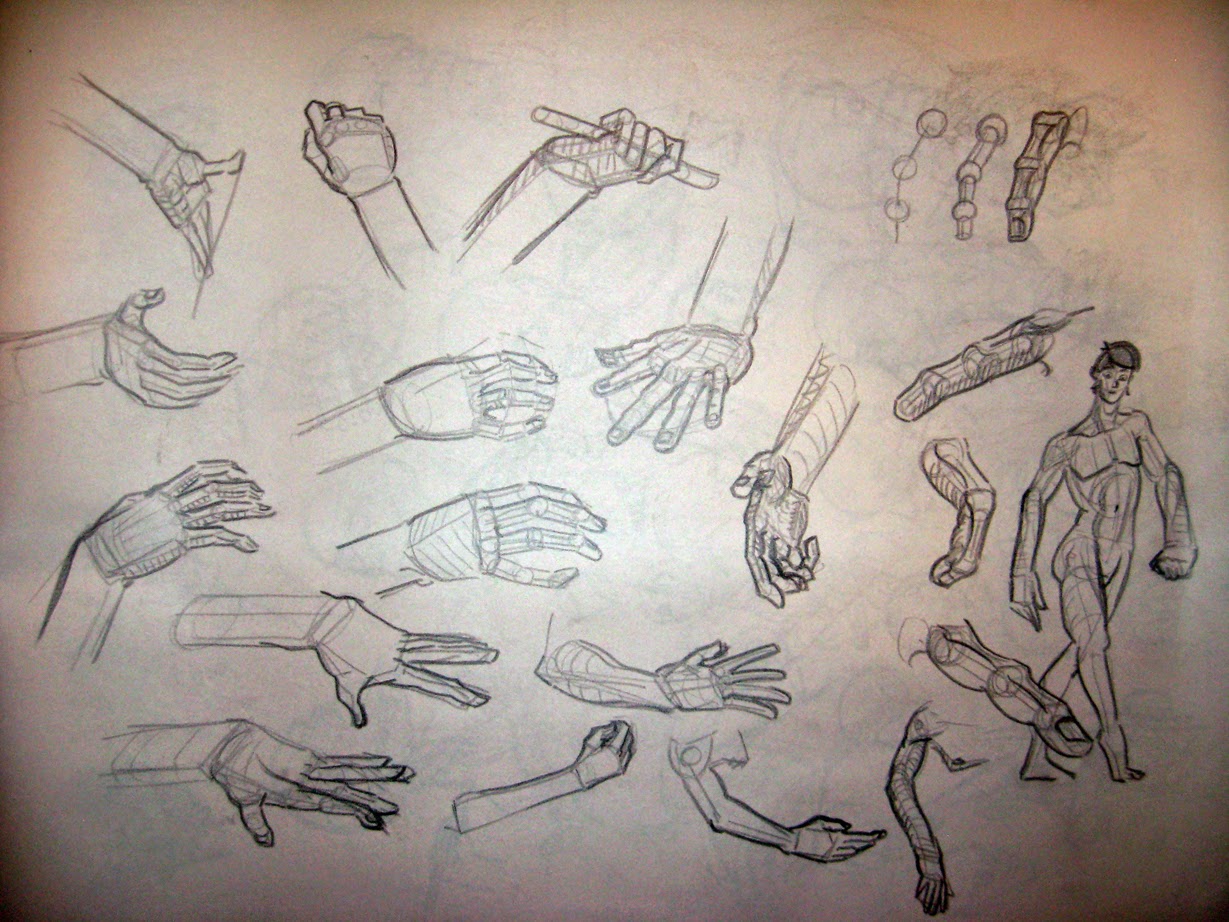 I've found Michael Hampton's book really helpful, but I've used another source in the past to help learn the hands. Andrew Loomis does a good job, but I've also found Joumana Medlej's tips to be of great help. Also, photo reference is definitely a must! 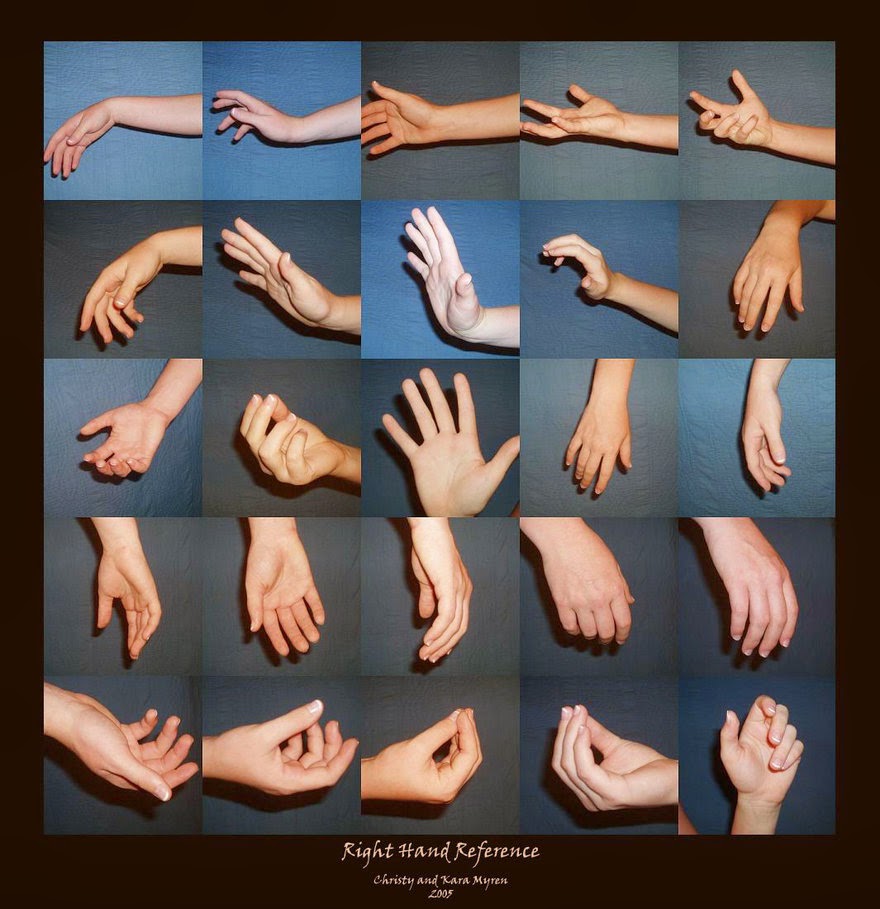 Posted by Vorgus at 1:50 AM No comments:

Super Mario 3D Land and Zelda: A Link Between Worlds

Double video game post! I've had Zelda: A Link Between Worlds for a little while now, but just hadn't had the time to play it. I actually got it for my birthday in the summer! Super Mario 3D Land I recieved as a gift for Christmas. I've played pretty much all the Super Mario games for all the systems and this is the first one I didn't pounce on the day it came out. After hearing lots of great things about it I asked for it for Christmas and the things I heard were correct! I got some other games for Christmas as well, but I'll talk about these two games today.

Sometimes Nintendo does something so cutesy and seemingly gimmicky it makes me doubt whether it works or not. I wasn't really sold on Cat suit power-ups when I first saw them, but once I used them and saw the characters prance around on all fours I couldn't help but smile. They looked sort of doofy, but are cute and fun. Being able to climb up walls is a fun mechanic as well.

There's some great levels across the various worlds. Any level featuring Plessie the adorable Plesiosaur has me grinning, but I think one of my favourite levels has got to be the SNES Mariokart inspired one. The level is in World 3-6 and it's called "Mount Must Dash." The music gets me everytime.


It's a mad dash to the finish line!


Plessie even waves to you after the ride :)

Next up I'll talk about Zelda: A Link Between Worlds. As soon as I saw the in-game map I recognized some striking similarities between this version and the SNES A Link to the Past version. I had no idea the new 3DS game was based in the same world. Having just beaten the SNES version for the first time only a month or so ago I felt right at home in this similar, yet different, world. It's been a blast too. I've had a lot of fun exploring and using the new 2D painting Link mechanic to move around the environment. The dungeons are similar yet entirely different and are a lot of fun to solve. Below is the SNES map on the left and the 3DS map on the right. 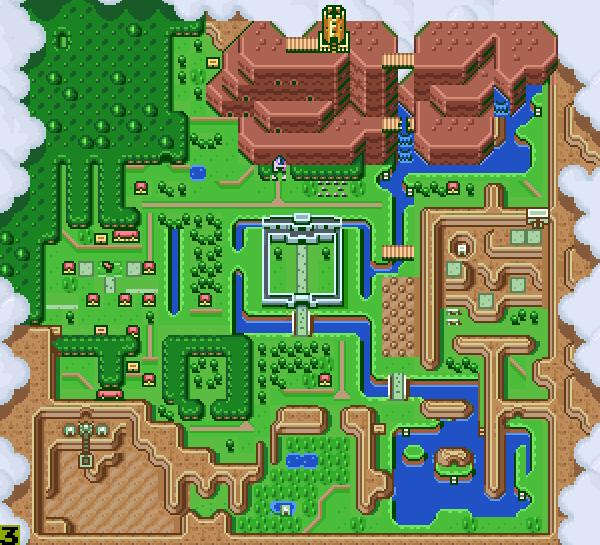 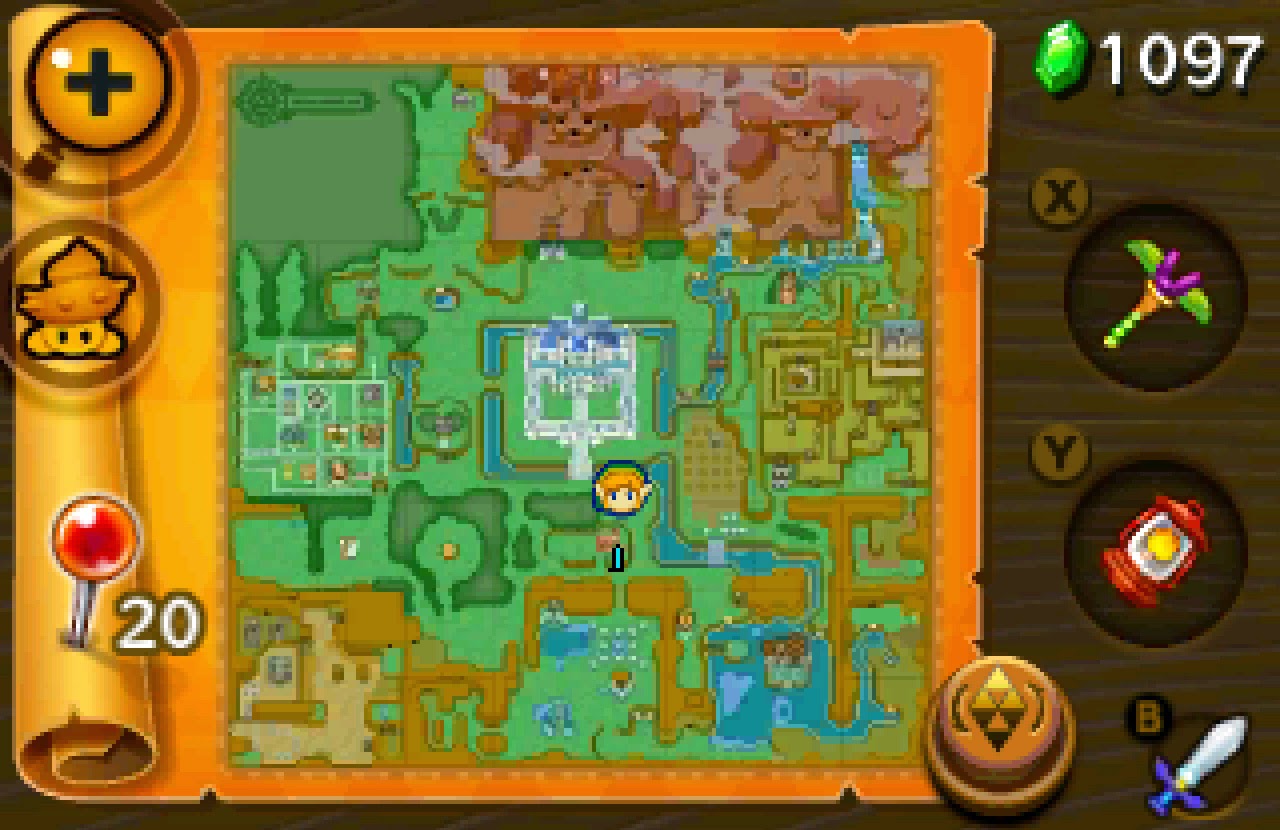 It was another great game! It looks great, sounds great, and plays great! I'm super excited for the Wii U Zelda they're working on at the moment, but this was the perfect game to tide me over. :D

Posted by Vorgus at 1:40 AM No comments: