SO! The release date for Pokemon Black and White has been revealed! WOO! September 18th, holy smokes, I can't believe how soon that is! Bulbapedia 'twas where I heard it from, also, here's a link to some Footage. Also! Triple's battles! WOAH!

Another important thing to mention is that Jirachi is now available as one of those Mystery Gift things you can get via Nintendo wifi download. Jirachi is available in gen. 4 pokemon games in North America and Australia until July 16th!

Unfortunately my wireless router isn't compatible with my old school original first version Nintendo DS... and the Nintendo wifi USB connector Nintendo used to sell is no longer made or supported and isn't compatible on my Windows 7 64-bit system... might have to try installing it on a different computer... I can't miss it! 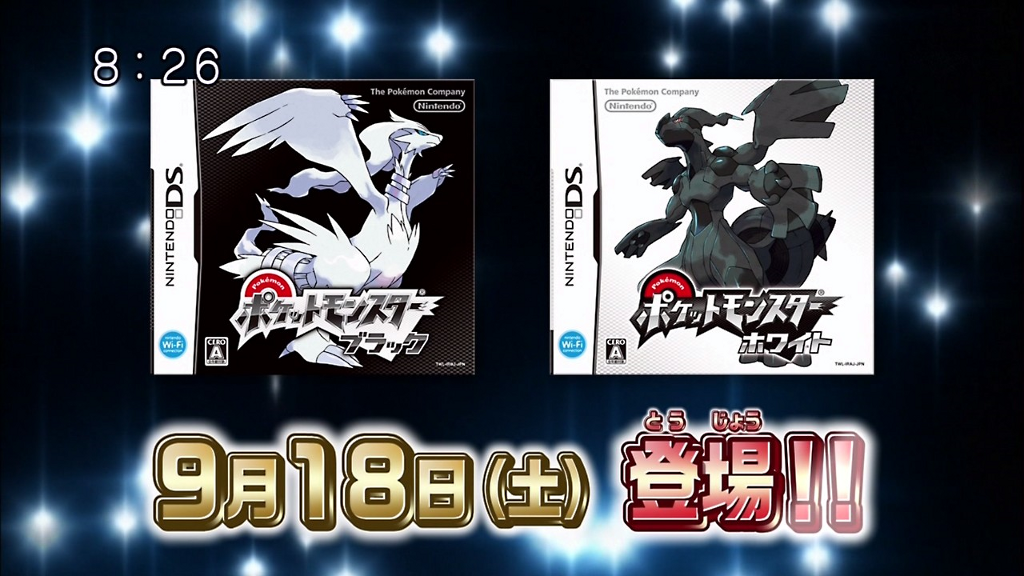