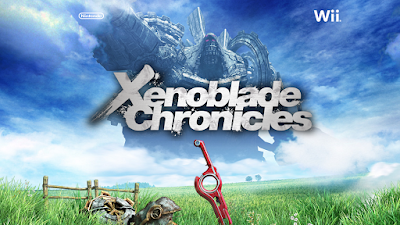 This is one heck of a loooong game. I absolutely enjoyed it, but oh boy is it long. When I first decided to get back to my Xenoblade file it had approximately 46 hours invested in it already. I underestimated that it would take me another 48 hours to beat it for a total of 94 hours! I mostly rushed through the last half of this game and I'm still astounded at the amount of content. There's still the rest of Colony 6 to rebuild, my collectopedia to fill out, skill trees to unlock, quests to finish, and unique monsters to fight for affinity coins.


Despite the overwhelming amount of content and the fact that I really just wanted to finish the game so I could start up Xenoblade Chronicles X on the Wii U (possibly an even longer game?!), I still had a lot of fun finishing it up.
A couple of the last areas are a little tedious and running back and forth hitting switches is a little boring and painful. All in all there was still a great deal of game left for me to enjoy. The story took some unexpected twists as well which I will not spoil for you here, but definitely kept me intrigued. Lots of bosses and cinematics in the home stretch of the game, and I'll never get tired of seeing the giant Mechonis or Bionis in the distance.


The setting for Xenoblade Chronicles is a world composed of two giant gods - the Mechonis and the Bionis. Cities, mountains, fields, and all sorts of life teem across the enormous gods bodies who rest atop an endless infinite sea below. The locales are all very original and creative and the sights are enough to make you stop and just soak it all in. Standing in a particular vantage point it's easy to see the giant god in the distance, or a felled arm lying atop the ocean. It's very cool. It also makes for some fairly large areas to explore! Most of which is decently populated and even has a few hidden areas here and there.


Characters are also quite customizeable in terms of gear. Various armour and weapon pieces have slots for adding gems which boost a variety of stats or add buffs to the character. The gems have to be crafted from crystals you sometimes gather from monsters or various deposits across the land. Eventually you can craft some pretty handy and powerful enhancements.

The combat in the game was fun and the boss fights managed to stay challenging throughout. It's a real-time combat system with cool down based special attacks and auto-attacks. I used Melia predominantly and got into a good rhythm and pattern for fighting various enemies. Being able to play as any of the characters though means you can always switch it up and try someone new. The AI for your teammates is fairly good, but I've read in various places that Melia's AI is not good at all - hence why decided to control her myself. You're free to have whatever team combination you want though, but some characters are more suited to tanking or dps'ing.

The cinematics can be pretty awesome, but sometimes, especially when first starting the game, they can drag onnnnnn...... I just want to play! I never felt like that near the end though - as they would enhance and progress the story and character development. It's well worth getting to the end of the game - mind blown! 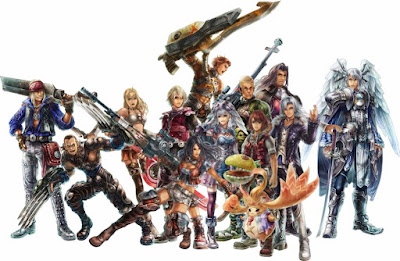 Xenoblade Chronicles is definitely a must have for any Wii owner with a love of RPG's. The game was also brought to the Nintendo 3DS not too long ago as well though you'll need the enhanced power of the "New Nintendo 3DS" to play it. It's been a blast traversing the terrain, battling creatures large and small, completing quests, and experiencing the story. The game drags a bit here and there, and you might need to take a break once in a while, but it's worth putting in the time to finish it.

When you move into a new house and pack up all of your stuff you get a better sense of how much "stuff" you have. So, in the spirit of reducing my material possessions, I've concluded, through much heartache, that my Nintendo Power magazines really do take up a LOT of space. I have nearly the entire collection in hard copy and am only missing about 20 or 30 in all out of 285... that's a lot of paper! And boy does it weigh a gosh darn ton (as my back can attest to).

I don't want to completely get rid of them though... Nintendo Power was a huge part of my life growing up. My parents got me a subscription each year as part of my birthday present and I was always so excited to receive my newest issue. I'd read the magazine through cover to back and sometimes do it multiple times. This huge stack of coloured paper holds a plethora of nostalgia. How am I to part with it - while not parting with it? 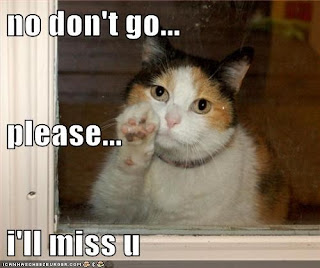 Well the digital age is well upon us and it seems there are a good number of Nintendo Powers scanned and available online at websites like EmuParadise and RetroMags. Still, they only account for about half of the issues in existence... which means I'm still left with some hard copies. I wish I could find them all, but some extensive googling has turned up nothing past what the before mentioned websites already host.

What does that mean for me?! What will I do?! Well - I'm up for the task. I can pick up where others have left off I suppose. Let's start the scanning!!!! 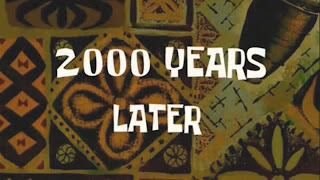 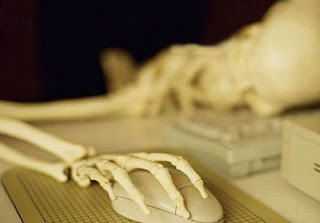 ...okay, so it's actually a lot of scanning. I'm worried I'll go through a scanner or two! I roughly calculated just over 15,000 pages to scan. COUGH. Ahem. Woah... *feeling mildly dizzy*

Ever wish you could clone yourself consequence free? It looks like I'll be holding onto some of my hard copies for some time to come. I'd like to start scanning them and completing the entire Nintendo Power digital collection, but even if I scanned 1 a week it would still take me nearly 3 years to finish... I guess I'll see. No promises!
Posted by Vorgus at 9:18 PM No comments: