Mewtwo came out this month! WOO! I'm not a huge Mewtwo player, but they also announced the return of Lucas! That's a character I can get behind. Lucas doesn't come out until June and I can hardly contain my excitement… WOOO Yahoo! Woohoo! swoosh, swish, other noises. And with Mewtwo and Lucas on the way the DLC door has been opened.

As DLC is a real option now there could be all manner of fighters in the future, and Nintendo wants to hear from the fans! That means you and me and me and you! The Smash Bros. Fighter Ballot allows people to vote for a character they wish to see come to Smash Bros. I have diligently voted for Banjo-Kazooie. Runners up being King K. Rool, Waluigi, and Geno. 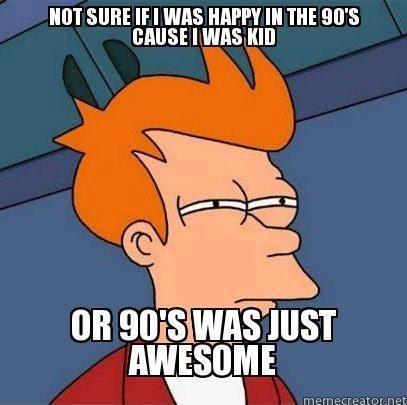 Banjo-Kazooie had a long list of moves in their games, would be unique (although maybe similar to Duckhunt), and a Banjo-Kazooie amiibo would be amaze-balls. Speaking of amiibos… The collection is getting a little out of hand, but that's okay! Because they are beautiful and precious!


I haven't gotten many of the rarer ones, but hopefully one day I will. I'm on the ammibo hunt for good deals on amazon and ebay, but they are hard to come by… :( waaah! Just got to keep it up. It's the daily struggle. And there's another wave coming in the future with a whole bunch I want to get such as Olimar, Ganondorf, Greninja, Bowser Jr., Dr. Mario, and more! Good luck everyone! 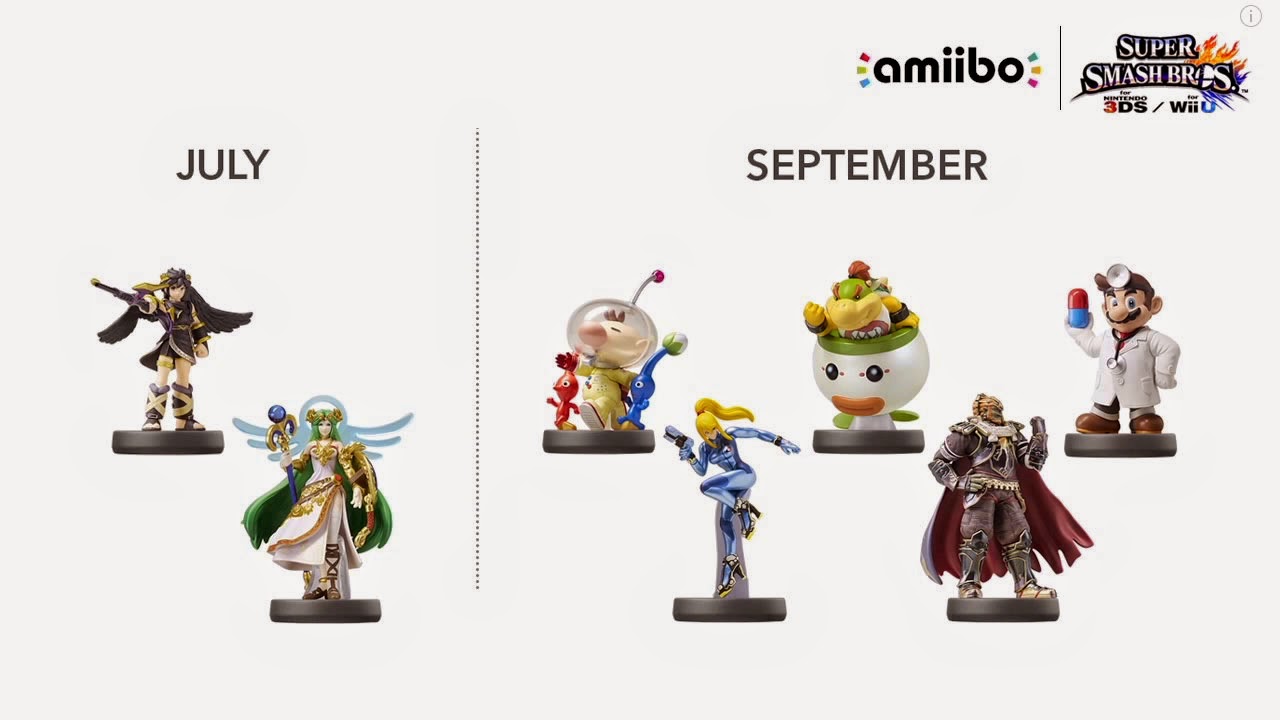 I done it. I finally done it. I've finished going through my super duper new favourite book - it's that art one I'm always raving about. You know the one. The Michael Hampton one. I've talked about it a lot in the past so I'll mainly just share a couple of the last drawings I did with it. Eventually I'd like to review it in a digital format with my tablet - I feel it helps to do it on paper and on the screen. Step by step I'm reaching for the stars. Super cheesy - lay on that cheese David. 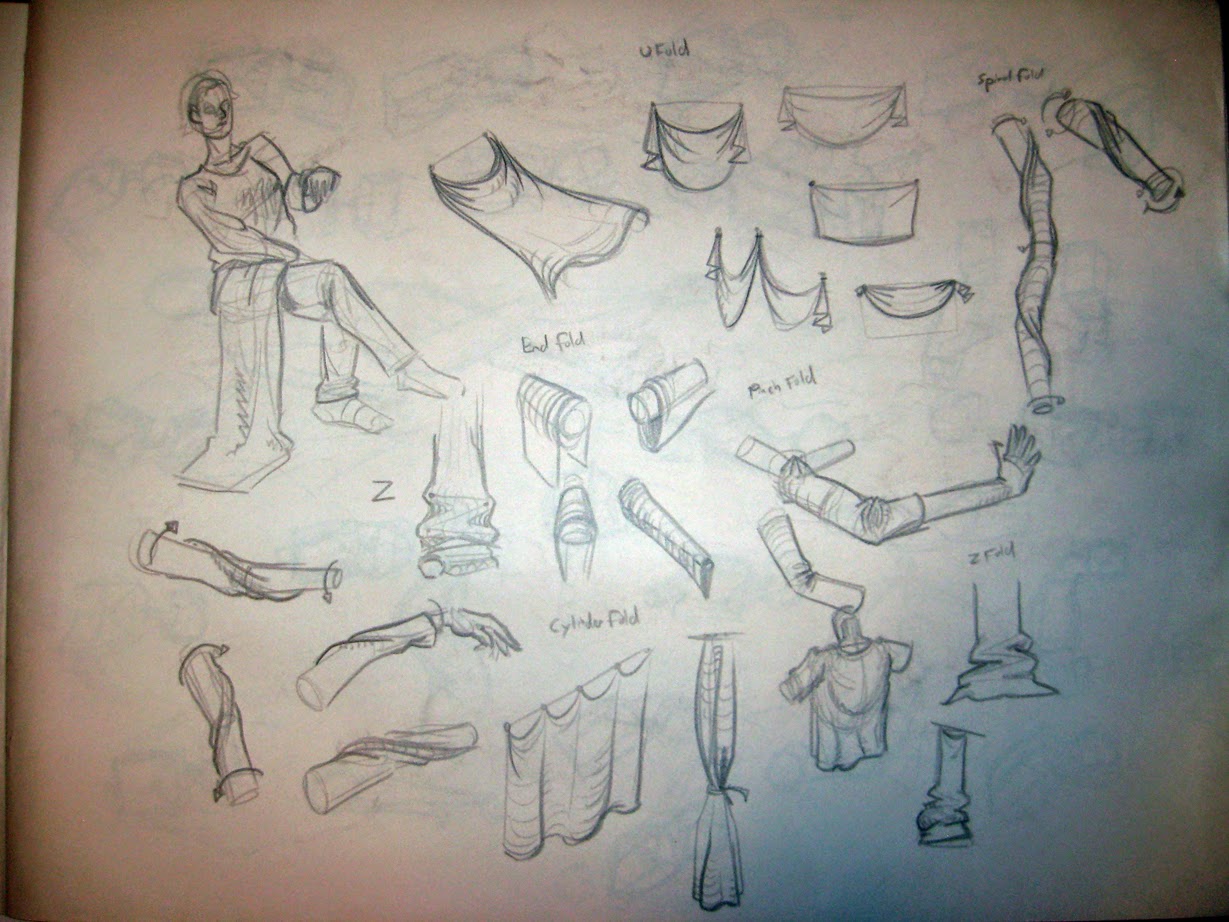 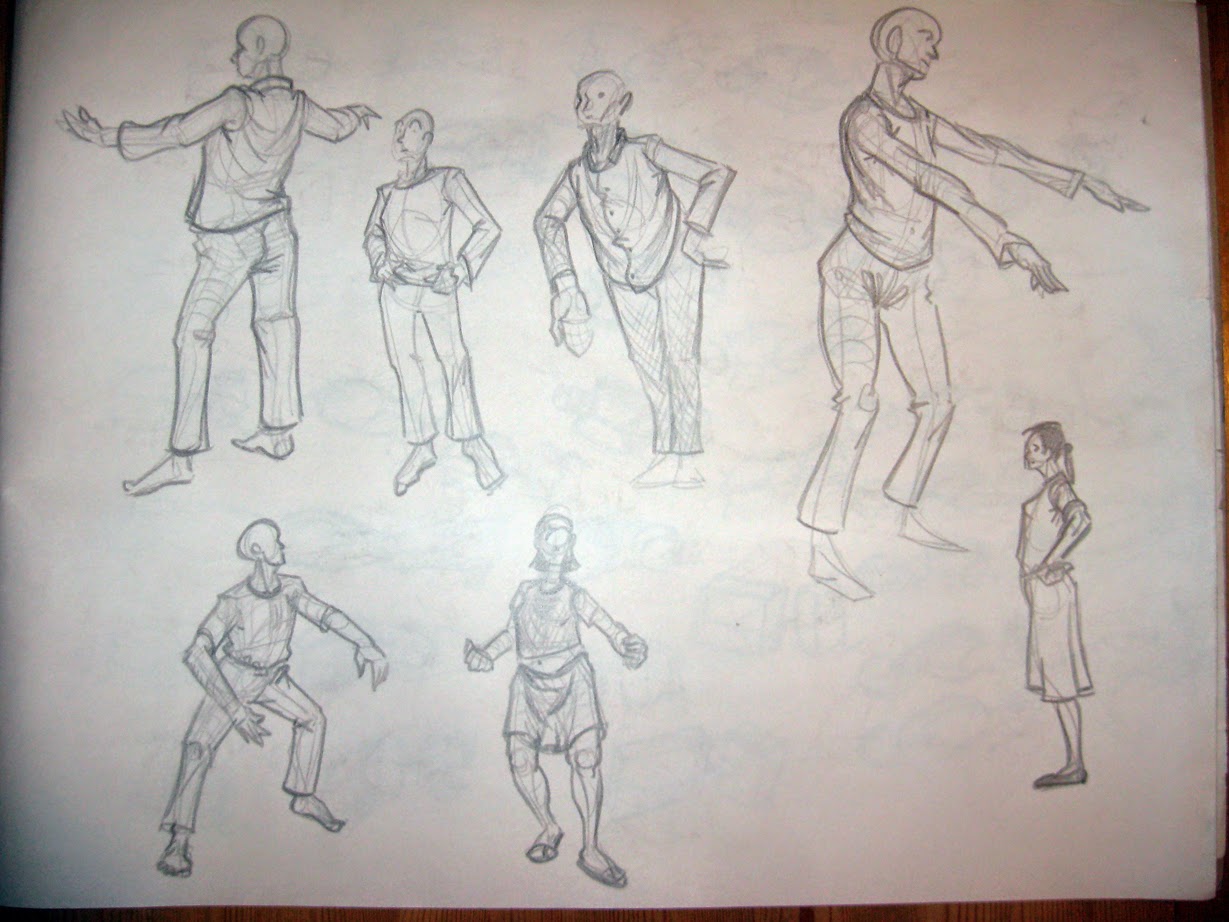 I'll visit clothing and drapery more in the future, this book offered a brief chapter on drapery in general. It gave some basic tips and talked a little bit about basic fold types such as the U-fold, End fold, Z-fold, Spiral fold, Cylinder fold, and Pinch fold. And zippity zoppety I'm all done the book. WOO!
Posted by Vorgus at 10:26 AM No comments:

I've listened to some of Panda Bear's music in the past and while I liked a couple songs I never really got into it. Animal Collective was a big part of what I listened to only a few years ago now, and I was excited when I first learned some of the members had been making solo albums. Along with Avey Tare, Panda Bear is one of the band member's pseudonyms. Well, like a good cheese it's gotten better with age - or perhaps I'm the cheese and I'm finally recognizing how much I love the music.

A week or so ago I noticed on Metacritic that Panda Bear had a new album out and it had gotten really good reviews. So naturally, I wanted to check it out. The first song i came across on YouTube was Latin Boys - it's got a cool music video to go along with it too.


I don't know enough about music to talk a lot about what makes something good or bad - all I can do is gauge whether or not it is appealing to me. This is definitely appealing. The beat is catchy, kind of edgy, and somehow soothing. That's as descriptive as I'll attempt to get. I started looking for more and found, to my delight, that I really enjoyed the earlier albums as well. Person Pitch and Tomboy are both excellent from start to finish. It's not really mainstream in any way, but I like it.

Growing up I was totally into Nintendo. It was just the predominant system in the house for a long time. NES, SNES, N64, etc. The household had an Xbox later on, but we never really got into the Playstation. My brother had a PS3 and I remember playing some sweet games on it while I was older, but my childhood was never graced by the Sony PS1 or PS2. As a result, I feel like I probably missed a number of gems growing up.

Final Fantasy springs to mind. I was always enchanted by the artwork and characters, but never really got a chance to play it. Eventually I got FF8 for the PC and I loved it. However, it only made me realize how much I missed out on the others. Final Fantasy aside, there's another gem I can add to the list. One I've finally had a chance to experience! Kindgom Hearts. 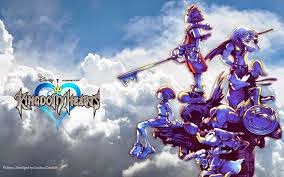 It's a beautifully well crafted game that still holds up since it's release in 2002. The gameplay wasn't what I was expecting - I had always assumed it was another turn based RPG. My assumption was wrong. It's a basic real-time action RPG. Your character, Sora, runs around with Donald and Goofy and a whole other cast of characters from various Disney worlds. 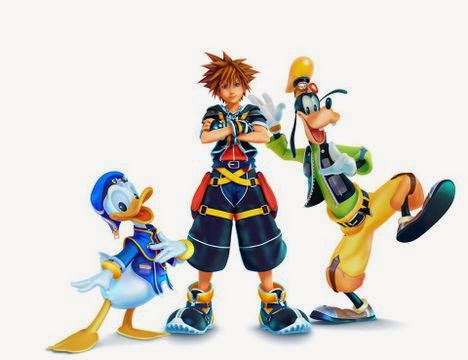 There's the Jungle where you meet Tarzan, Halloween town where you meet Jack, Atlantis where you meet Ariel, and more. All the characters are well represented and most of them even have spot-on voice acting. There's even a segment of the game that takes place in the Hundred Acre Woods with Pooh bear and the whole gang. Not to be left out, there are some familiar faces from the Final Fantasy franchise as well including Cloud, Squall, and Selfie. It's a wonderful mashup.

Each world has a sub-plot where you try to help the characters, and there is an over-arching plot where you're trying to find your friends and King Mickey. The gameplay is simple yet challenging enough to be fun. You have a basic attack where you swing a keyblade, some magic spells, and items. You get better items and equipment as you progress through the game and also upgrade your spells, gain levels, and equip abilities. Some of the boss battles are very original and exciting, and the optional bosses later in the game are particularly challenging!

It's been a lot of fun playing Kingdom Hearts, and despite it's couple of flaws (Flying to new worlds in the Gummi Ship is annoying, and the jumping can be kind of finicky sometimes), it's a stellar game that I would recommend to anyone!
Posted by Vorgus at 12:30 AM No comments:

In the words of a young Grade 3 student, "Yum yum yummity yum yum yum." Granted, he was talking about Tacos, (also delicious) but I think I could apply that phrase to Runts as well. These tiny, sweet, chalky, fruity candies are so good. I can't stop myself from eating a whole box - plus they contain the coveted banana flavour candy. Real bananas are like gross socks, but candy bananas are a little slice of heaven.


Surprisingly few places regularly carry them - I've found that only certain dollar stores seem to be guaranteed to stock them. When I do find them I make sure to buy at least 3 or 4 boxes. Heck, maybe 6 boxes. Let's not joke around here. Only 10 boxes will do. Just look at this delicious little fruity bundle of joy.