Well I got a chance to go up to Vancouver last week... WOW! There's so many people! And it's only gotten busier since I was there. I got some pictures of stuff and they're up on my Flickr Stream, check it out!

The Vancouver Art Gallery is open... FOR FREE! Leonardo Da Vinci stuff is set up in there as well as a Giant Whale Skeleton made out of nothing but lawn chairs. There's also a section on stuff about British Columbia. The Gallery itself looks very eye catching. 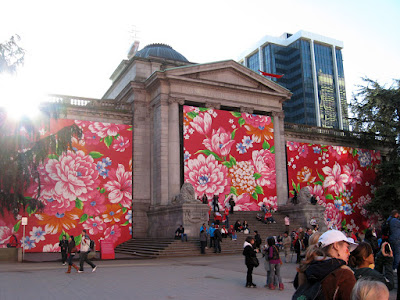 The Olympic Flame! There it is. Pretty awesome, all bright and burny and such. The Canadian pride and Olympic spirit is in full force down in Vancouver! 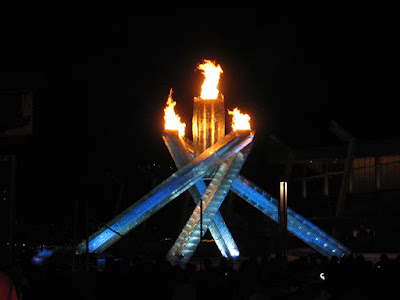 Triangle Dude's looking for some Adventure. Dr. Wurm is more the of strong silent type, a most valued partner! There's more adventures to be found when there's Cow Tipping involved.
Posted by Vorgus at 11:27 AM No comments:

Stuff That's Going On and Stuff

I'm on break! :D No school for two weeks, YES! I managed to clean my room, and by clean I mean totally gut the place and toss out a ton of junk. In the process I came across so many old doodles and drawings.

Included in this is a booklet of like a hundred Pokemon I made up with really terribly hilarious names - I was eleven okay. Also, I found a document I had written a long time ago legally copyrighting the word "swanky," people using this word without my consent are to be fined one candy.

In other Pokemon news I managed to beat the Elite Four and the Champion in Platinum with my Toxicroak, Torterra, Garchomp, Alakazam, Houndoom, and Gyarados.

I drafted my first official drawing for a shed which the city totally passed, allowing my client to get his permit and continue building the thing, WOO! That's exciting. It is, believe me.

Tactics David! Tactics David almost has all its rules fleshed out, and soon I'll be making the plethora of units and items that will populate this game. It's gonna be awesome.

I leave you with a slightly old doodle about stupid robots. 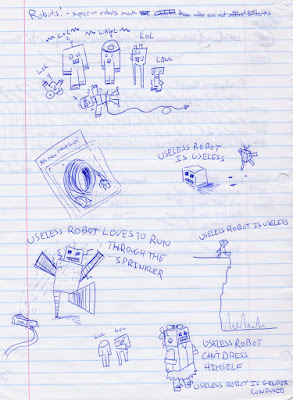 Posted by Vorgus at 2:29 PM No comments:

"Avast!" There be comics off the port bow! In addition to that last pirate one is another new comic, and though it explains just "How Busy" I am at the moment, there will be a comic on Friday, and the following week I suppose suppose suppose, yes okay, it's settled swanky.
Posted by Vorgus at 2:24 PM No comments:

Well, it turns out I probably won't have time to do this weeks comics...

This seems to be happening more and more frequently... hmmm...

Between work and school and the freakin' odd jobs and chores and things that have to be done TD is getting pushed down the priority pole.

BUT! Next week is the almighty, much anticipated, super relieving, and triangle dude producing week of Olympics! I mean... NO SCHOOL! No school because of the Olympics, thank you Olympics. :D

So what does this mean? It means I have no excuse not to do comics next week, and if all goes well I'll get some future ones created as well.
Posted by Vorgus at 10:26 PM No comments:

Due to popular request, and a flurry of threats, I now have some Warhammer pictures to put up! Yes, it's been a while. Anyone not interested in my nerdy Saturday night adventures may peruse a different portion of this blog - my feelings will only be slightly hurt.

It was a good battle, quite evenly matched I'd even say! I should note that a Chaos Deamon Prince is being represented by a Fantasy High Elf Dragon :P 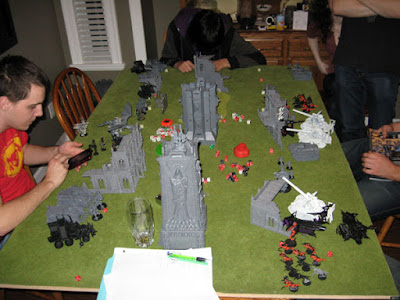 So here's the battlefield at turn 1. 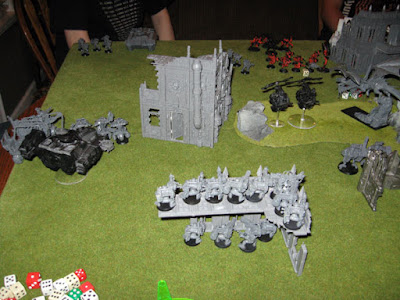 There's a good pile o' Lootas in there ruins, unfortunately 3 large blasts from a Griffin does a mess of trouble to anything like that... They actually didn't do a single thing the entire game except look slightly menacing, and absorb a rounds worth of impact. 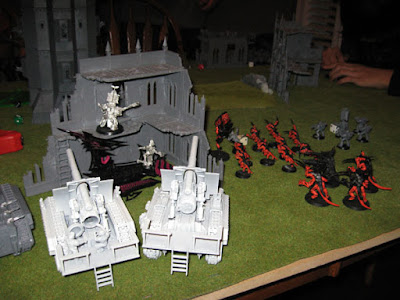 Two of the 3 Griffins, and there's some "new" Tyranids. There's a TV Dude, I mean a Librarian in the ruins there.

There's some more pictures and what not over at my Warhammer Flickr Stream. CHECK IT OUT MAN!
Posted by Vorgus at 7:37 PM No comments:

So this might be a little late, but better late than never, or maybe better never than late if what's late is pain! But this involves no pain. I finally got some pictures up of the gingerbread house I made because I was thinking I did a good job on it and managed to get lots of sugar on it.

Alas, the house no longer looks like this because just the other day I finally finished putting it all into my mouth. Here it is pre om nom nom nomming. 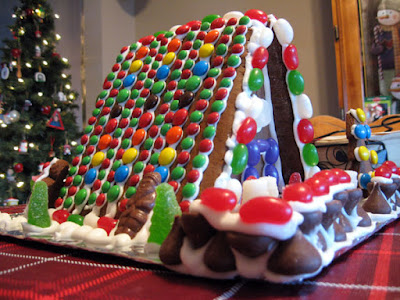 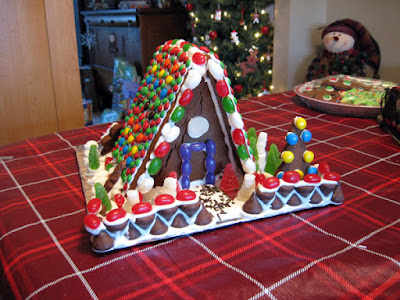 I remember one year just stuffing as much icing sugar and candy right inside the dang thing. Surprisingly with all the other candy I got this Christmas just thinking about eating this thing was making me sick. But I have conquered it!
Posted by Vorgus at 7:17 PM No comments:

First there's "Going Up 2", an alternate high rising comic. And then, THEN! Then there's a "Bear Attack." It's a guide to surviving when you've made a bear, otherwise unaware of you, angry.
Posted by Vorgus at 6:46 PM No comments: