Yes! I've finally opened those watercolors that have been sitting in front of me for over a month now. I'm overly excited to start using them and and and I do have couple little things I already made with them.

A face that might be me if I had shorter hair... and some kind of hat to put on my head. 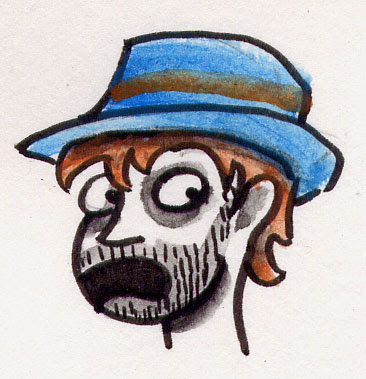 Then there's this silly dude. Does acting like a robot in the presence of the human population defeat the purpose of acting casual? I suspect yes - but I don't care. 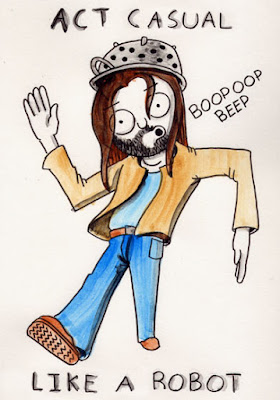 And this! This isn't an actual watercolor painting or anything of any sort yet, but it is a basic idea of what I want to make. I put this together on Photoshop and it shows the kind of feel and idea and colors I'm going for. Words. I want to incorporate some words into the piece - I just finished reading "Understanding Comics" (a most amazing book) and I wanted to do some of the things I learned from it. One thing being the incorporation of words and pictures in different effects to really direct and compose an idea... something like that - whatever lol. 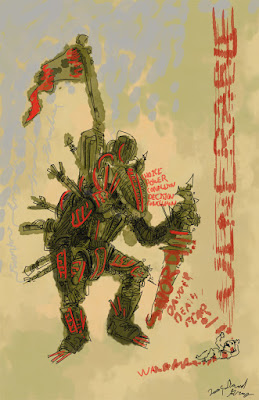 The finished piece will probably look different, but this is the "general" idea.
Posted by Vorgus at 8:17 PM